{ A few years ago, a high-school class in the Anderson Valley in California found this website and did a small project on my work. They were asking whether I had a biography they could work with and I wrote this for them. }

A Quiet Life in Photography
I’ve been a photographer for a little over 30 years. I began taking pictures in the late 1970’s; I owned an Instamatic camera and had that camera with me on a trip to Yosemite National Park. I took a lot of pictures during that visit and found that I enjoyed taking photographs and liked working with a camera, even one as simple as the Instamatic. 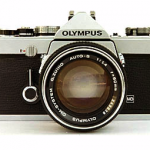 Some months later, I bought my first 35mm camera, an Olympus OM-1. This was a very simple and lightweight film camera that was modeled on the Leica series of cameras. I started out shooting black and white film and had my film developed at the local camera store. They made small prints for me, around 3.5 x 5 inches or 4 x 6 and sometimes 5 x 7. In those early days, I shot everything in sight. Trees, gardens, my friends, sunsets, streetscapes, musical instruments, fisherman bringing in their catch, farmlands, the ocean, everything. At the same time, I began reading photo books – how to understand depth of field, how to use the shutter and the lens aperture settings, how to think about composition, how to use natural light, what makes a good successful photograph. I read a lot of books so I could understand how to make better photographs. I was falling in love with photography.

Soon afterward, I purchased a Hasselblad camera for myself. It was a major revelation. The negative was 2.5 inches square. It was huge. At around the same time, I began to work in my own darkroom. I taught myself how to develop film and how to make black and white prints. I had a number of friends who were skilled photographers so I had people who could help me and I asked for their help often. This helped me improve my work quickly.

Living in San Francisco was a thrill for a photographer. San Francisco has long been in love with photography and with photographers. Ansel Adams lived there, as did Edward Weston and Imogen Cunningham and many, many others. The city is a beautiful place to shoot pictures – the light is gorgeous, the architecture is wonderful and varied, there are galleries and bookstores full of photos to look at. I soon bought a third camera, a 4 x 5 large format camera. This camera was meant to be used for sweeping landscape pictures, still-life’s, portraits and architectural work.

Robert Frank, Eugene Atget, Josef Sudek, Lee Friedlander, Walker Evans
During my time in San Francisco, I fell in love with the work of Robert Frank, who created a very famous and influential book called The Americans. I also fell in love with Eugene Atget, a French photographer who photographed Paris with a sensitive and loving eye between 1893-1920. I also admired very much the work of Josef Sudek, a photographer from Prague who only had one arm. I began to think more deeply and seriously about photography – I loved the history of it, the challenge of it, the way that it allowed a person to express what they felt about the world. I wanted to be like the photographers I admired. I wanted my work to be in galleries and in books.

Studying Photography in College
From 1981-1984 I attended City College of San Francisco and studied photography. I studied commercial photography and photojournalism. It was during this time that I began two photographic portfolios; I photographed extensively the rebuilding of the San Francisco Cable Car system. This was in black and white with my Hassleblad camera. I also began a series of photographs of people who had lost a parent. This series was called Light Years. This was when I learned how to make color prints in the darkroom and how to use studio lighting. 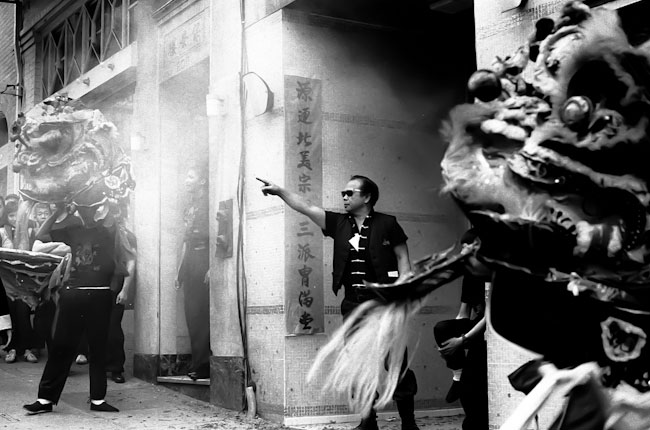 University of New Mexico Photography
In 1985, I moved to Albuquerque, New Mexico to study photography at the University of New Mexico and get my degree. I was very privileged to study with the fascinating, historical giant  Beaumont Newhall, who published the very first book on this art from: History of Photography: From 1839 to the Present. Professor Newhall was good friends with Ansel Adams among many other famous photographers. During my time at the University, I worked in the Special Collections area of the library and discovered a special trove of architectural photographs made by Ansel Adams and Laura Gilpin. These were platinum prints of distinctive homes in New Mexico. With my colleague at the time, Linda Massey, I was able to curate a small show of these photographs by Ansel Adams and Laura Gilpin. Later, Ms. Massey and I curated a show by the photographer Edward Curtis who made very beautiful and somewhat controversial pictures of Native Americans.

Photography in Europe
In 1990 I traveled to Europe for a vacation and brought 30 rolls of color film with me. I shot in Italy, Portugal, Spain, England and Belgium. See a sample below.

Photography in Seattle
In the 1990’s I found myself living in Seattle. The Northwest is very beautiful with many opportunities for photographers. I shot the city, the mountains, the forests, the ferry boats that crossed Elliott Bay. I worked in a very successful photography lab as a color printer. I was there for 7 years. During that time I met many photographers and became friends with quite a few. They helped me in numerous ways and my work got better and more interesting. For a while I made photographic note cards with my images on them and sold them in local shops. I continued to work hard at my photography. I had a few exhibitions of my work.

Getty Images
While in Seattle I applied to have my images represented by Getty Images, a worldwide stock photo agency. For five years or so, my photographs sold all over the world and I would receive checks in the mail every month. These checks were not especially large, a couple of hundred dollars was typical. One of my photographs landed on the cover of a book.

Working for Eastman Kodak
In 1999 I began working for Eastman Kodak. My job was to work closely with professional photographers and to try to convince them to use Kodak products. I wasn’t especially good at this. My customers were The White House, the National Geographic Magazine, the Washington Post, Time Magazine, The Baltimore Sun. I met many, many photographers during this time, which lasted two years, 1999-2001. 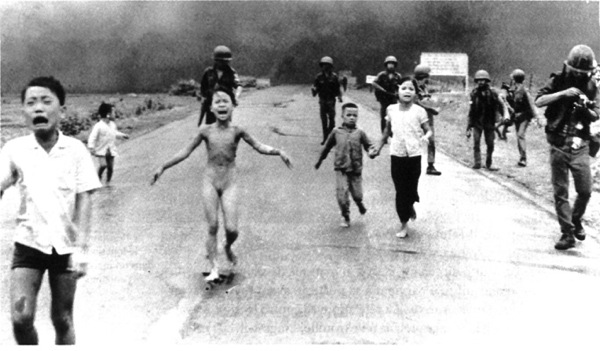 Nick Ut: One of the most powerful war photos ever made was taken on June 8, 1972. I was very privileged to meet the girl in the picture, Kim Phuc, and also the photographer, Nick Ut.

Influences
I have been most influenced by a group of about five or six photographers. First and foremost, I love the work of Eugene Atget for the intimacy and poetry of his vision. Josef Sudek is quite similar in that his photographic vision is very lyrical and poetic. Robert Frank is quite possibly my biggest hero. Robert Frank was born in Switzerland and because he was not born here, he was able to see this country in ways that no other photographer could. He is sometimes said to be the Beat Generation Photographer. I love the work of Lee Friedlander who I met briefly once in Seattle. Walker Evans is also someone I love and think the world of. What I love most about all of these photographers is that their work is their own. Their work does not look like anyone else’s work. They developed their own unique way of seeing the world and pursued that vision at all costs. They are true artists and people like that make life worth living.

My Photography
A friend once told me that I had a loving eye and I thought that was a kind and generous description of my photography. Another friend said my pictures were about darkness and light and I liked that very much, too. Photographs are such an amazing way to tell stories. My favorite subjects are landscapes and trees. I could photograph trees for the rest of my life and never get bored. I am a terrible photographer of people, though I’ve managed to make a couple of decent portraits. I shoot with a digital camera these days, a Canon G 9. It’s a great little camera and does exactly what I need it to do. I make my prints with an Epson printer in my office. No more darkroom work for me these days. Hooray!